Capanna Margherita is the highest mountain hut in Europe, built at 4554 meters above sea level on one of the peaks of Monte Rosa, the Punta Gnifetti or Signalkuppe as it is called by the Swiss. 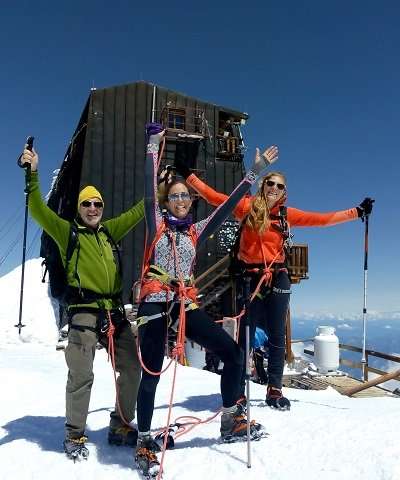 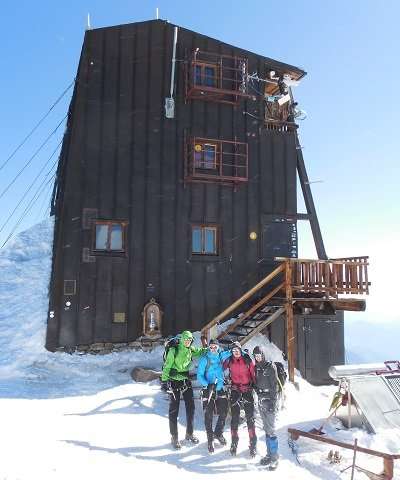 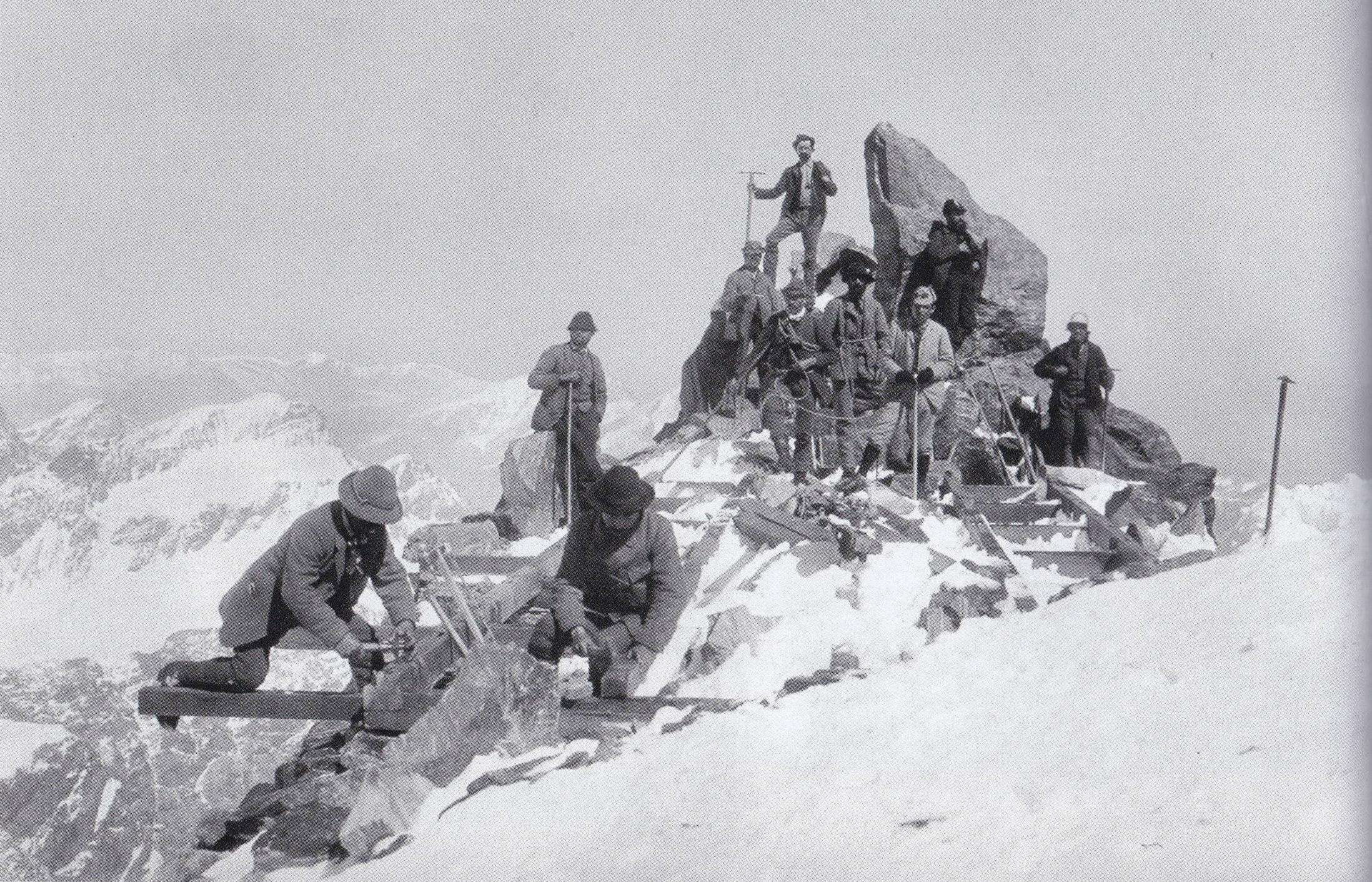 The original building was built between 1889 and 1892 and inaugurated on 18 August 1893 in the presence of Queen Margherita of Savoy, guides and several illustrious personalities of the time.
The old refuge was then dismantled and rebuilt in its current version between 1979 and 1980. On 30 August 1980 there was the inauguration of the new hut. 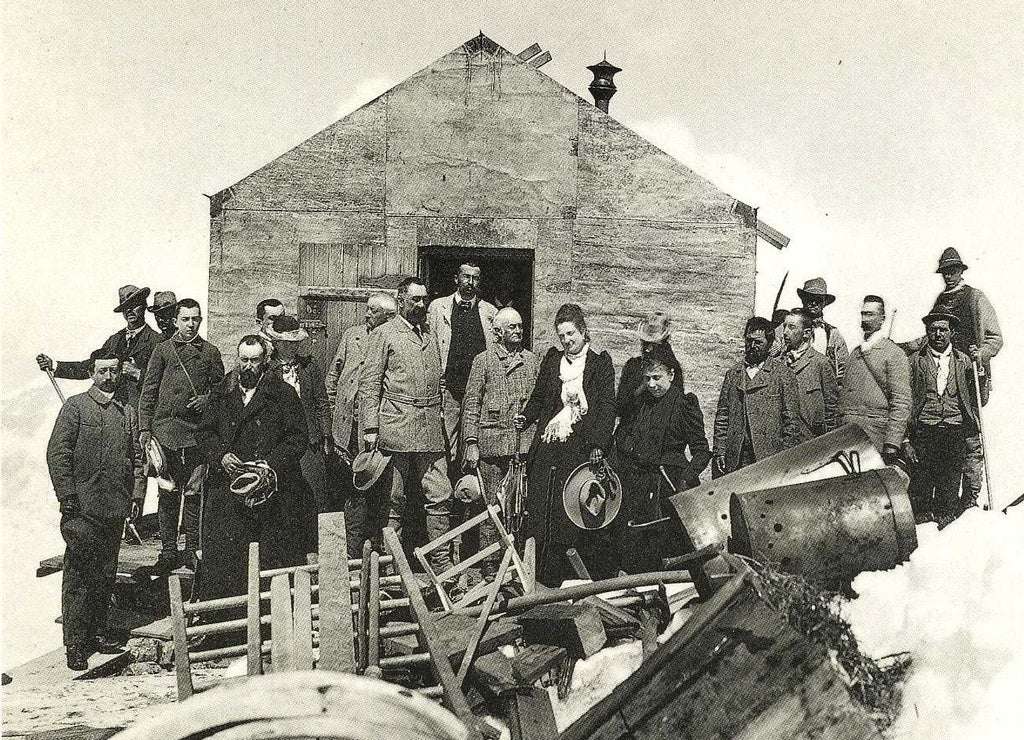 The original refuge was built as shelter for climbers and mountaineers and as a base camp for the climb to the other peaks of Monte Rosa but it became mostly popular as a meteorological observatory and between the late 1800s and early 1900s also as a research center for High Mountain Medicine, thanks to Angelo Mosso, professor of the University of Turin, scientist and illustrious researcher of the time.

Since 2000, the refuge is also the highest meteorological station in Europe, has spaces and rooms dedicated to researchers who use them every year as a research laboratory for medical and physiological studies and is equipped to accommodate comfortably 70 people.

Also noteworthy is the delicious cuisine that makes it almost a high-altitude “Michelin-starred” restaurant (not so many are so close to the stars!). Delicious pastas, appetizing cutting boards with salami and cheese but above all the unmissable Pizza Margherita to emphasize the uniqueness of Italian cuisine “everywhere”. 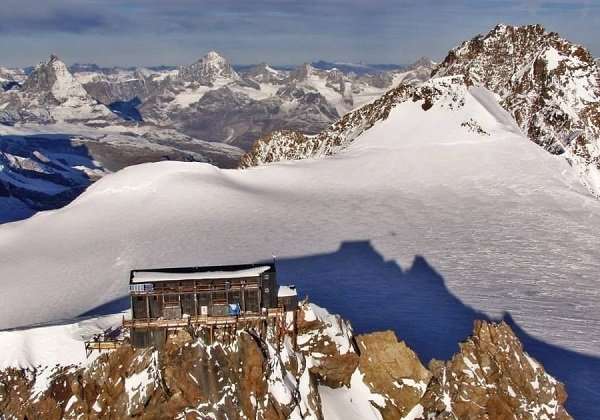 The incredible building located right on the top of Punta Gnifetti is solidly anchored to the surrounding rocks through steel cables and built in wood with a flexible structure expertly designed to be able to withstand strong winds and snow storms that can reach an impressive power up there . The external coating is made of copper sheet which allows waterproofing and insulation.

From up there, if the weather is nice, the view extends from the Maritime Alps to Bernina and the highest peaks of the Central Alps, almost all the peaks of the 4000 of the Alps are visible. Impressive is the panorama that can be enjoyed from its south balcony, suspended over Valsesia and on a vertical rock wall more than 700 meters high.

The ascent to Capanna Margherita from Punta Indren, the top station of Alagna cablecar, is on a glacial route without technical difficulties but made dangerous, especially in summer, by the presence of countless crevasses, even large ones. However, the use of progression with the rope completely eliminates any possible risk related to this criticality. Anyone with a minimum of training and physical preparation can safely reach the refuge.

The ascent through this high altitude glacial terrain is an unrepeatable experience, a physical challenge possible for everyone, often the crowning of an adventure and exploration dream pursued throughout life. Our guides will be able to lead you in complete safety, they will be your expert companions but also your teachers to transmit the knowledge of culture and mountaineering history, of technique and above all of safety in the mountains with humility and passion.

By using the site, you accept the use of cookies. More Information